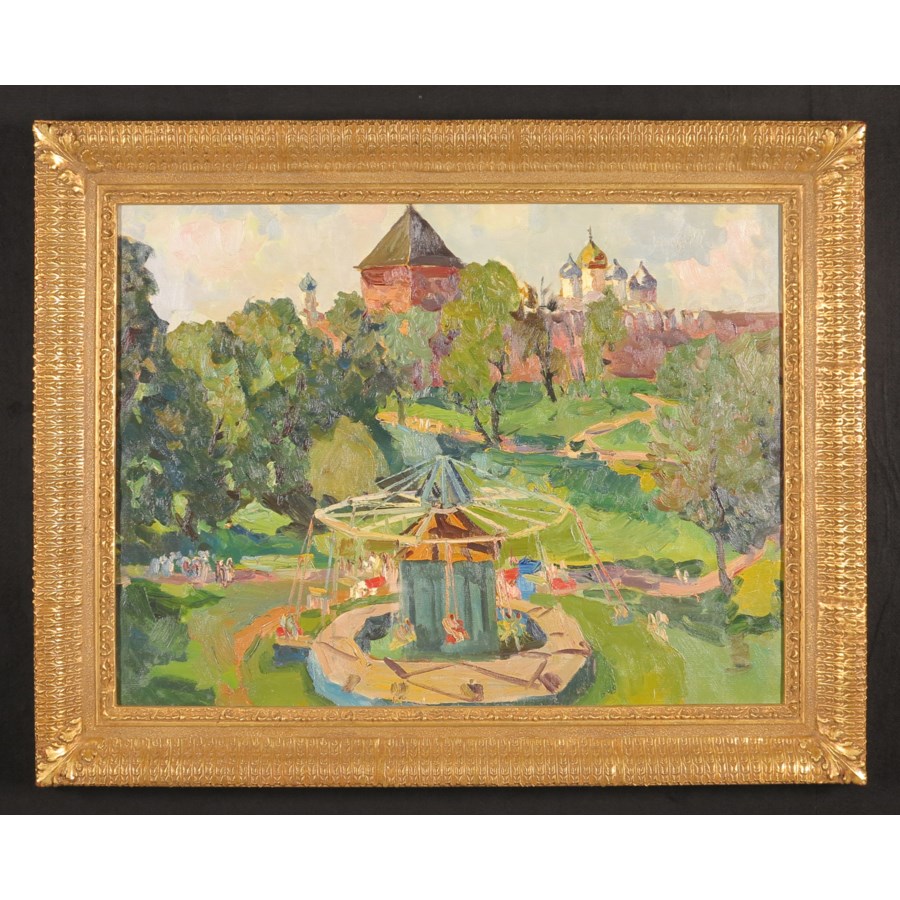 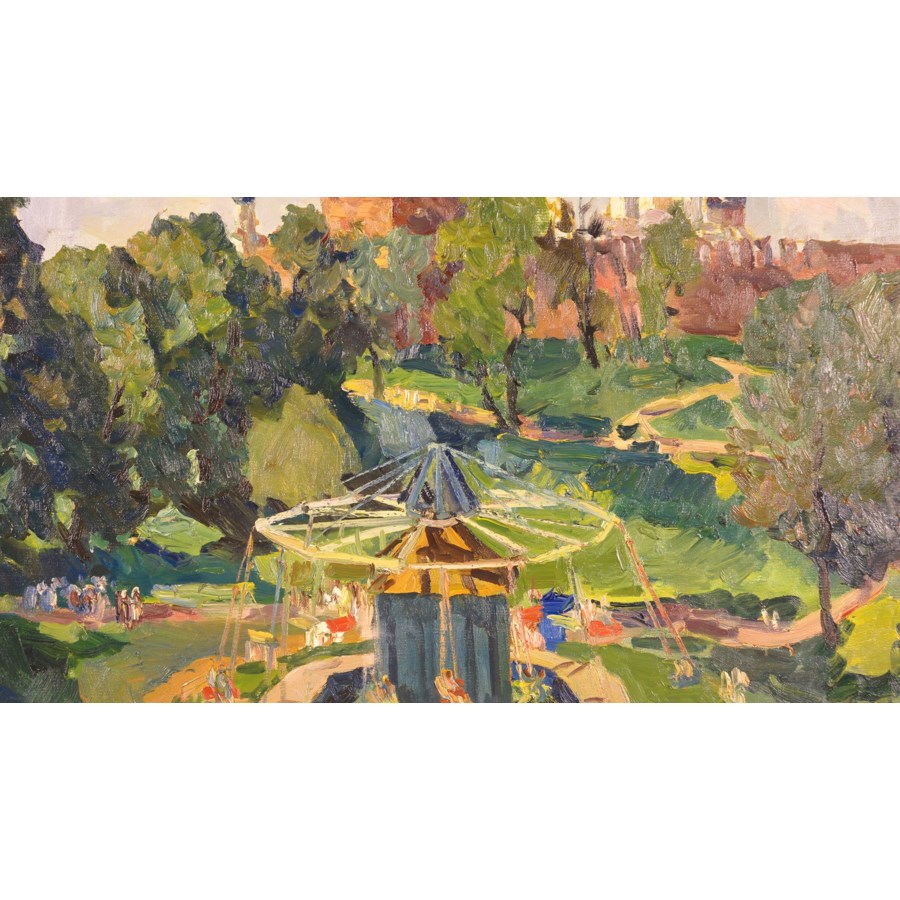 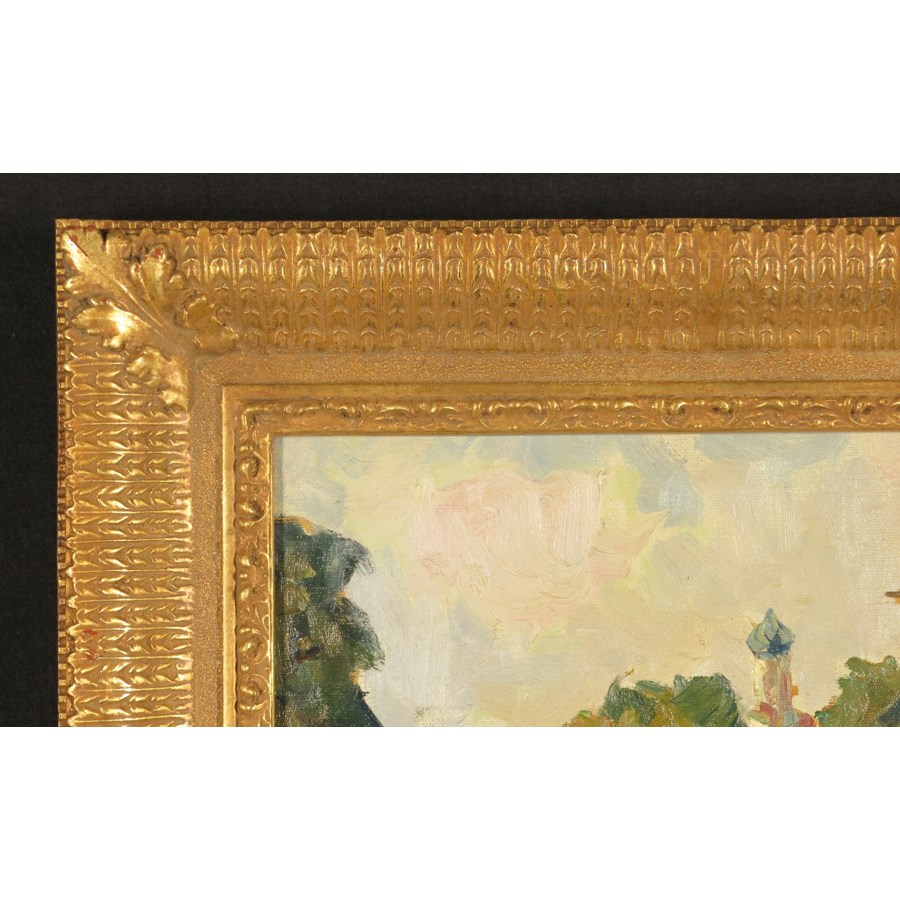 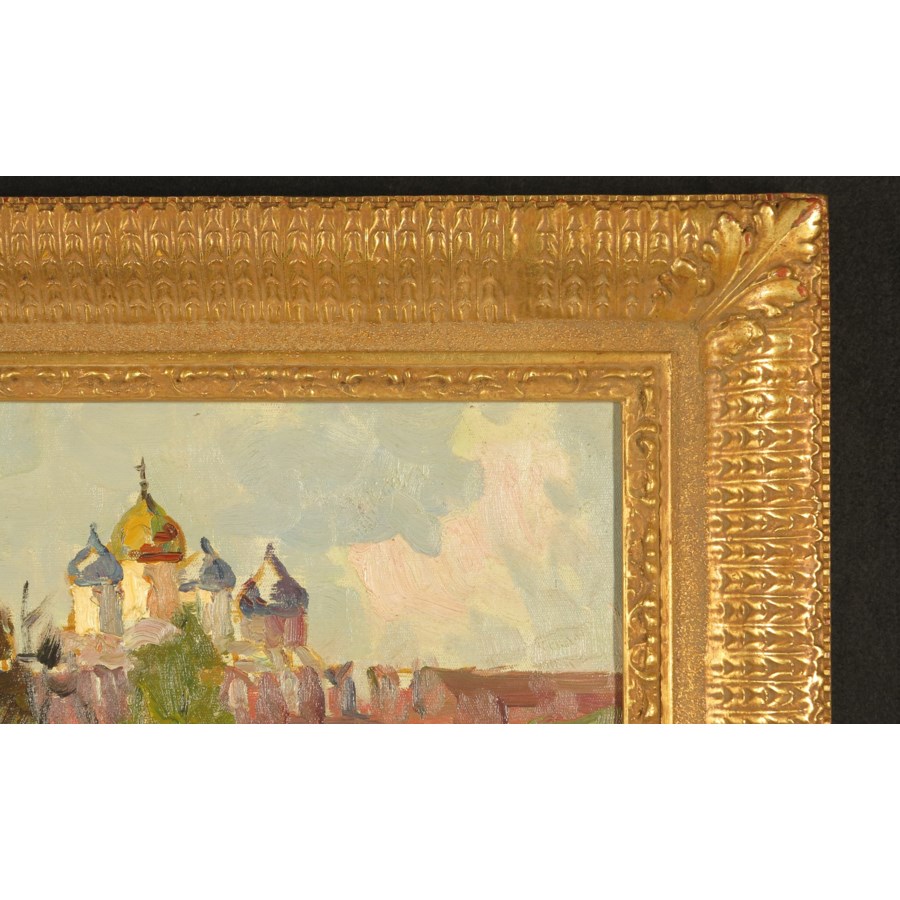 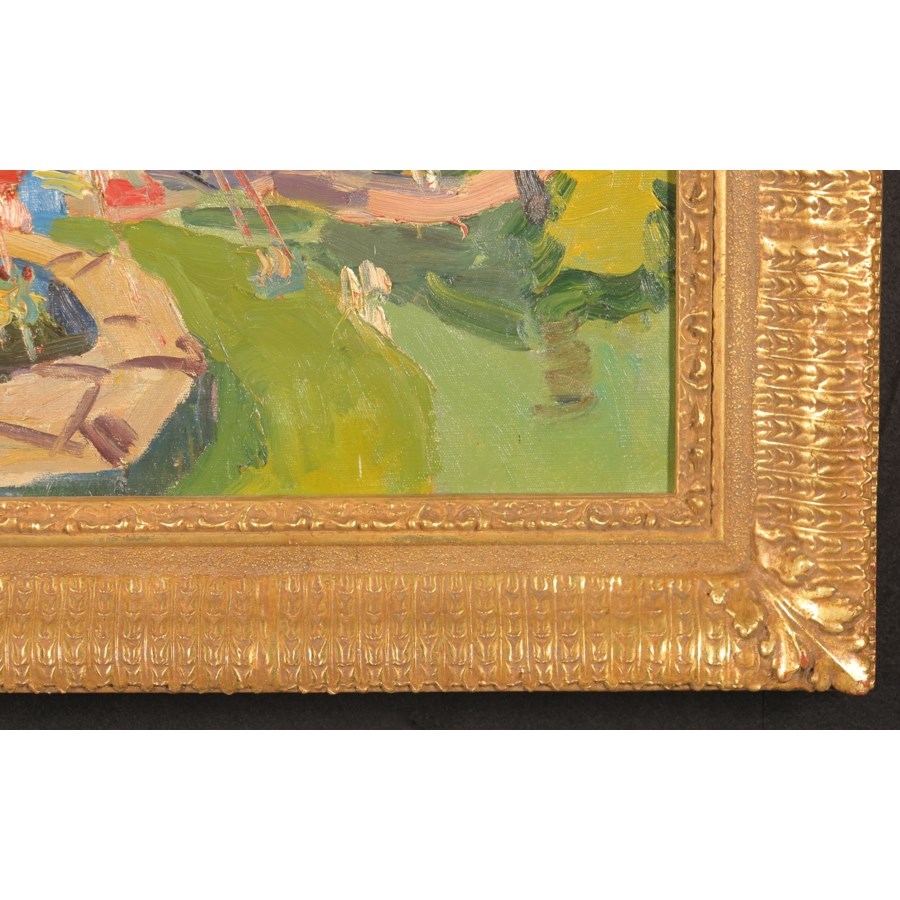 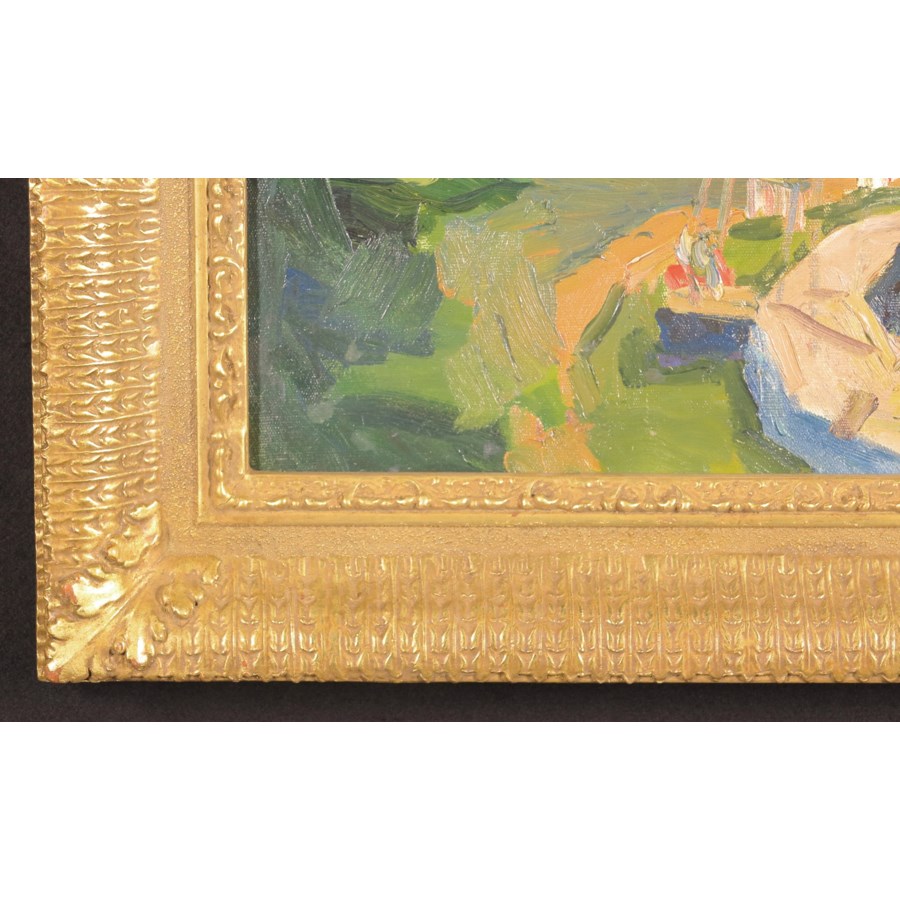 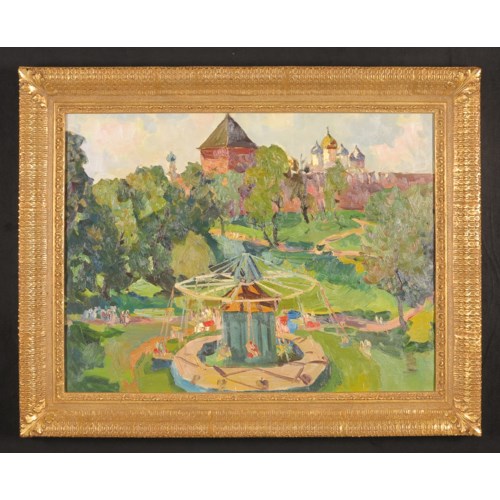 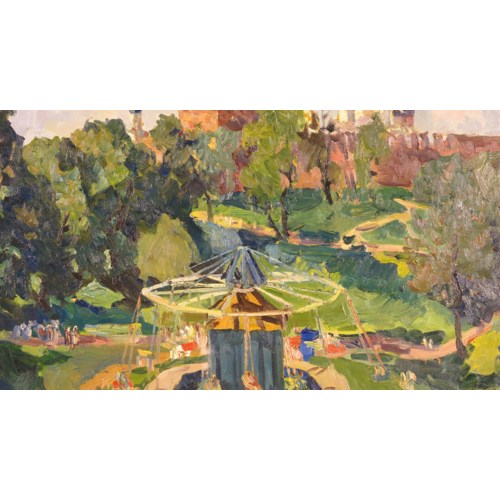 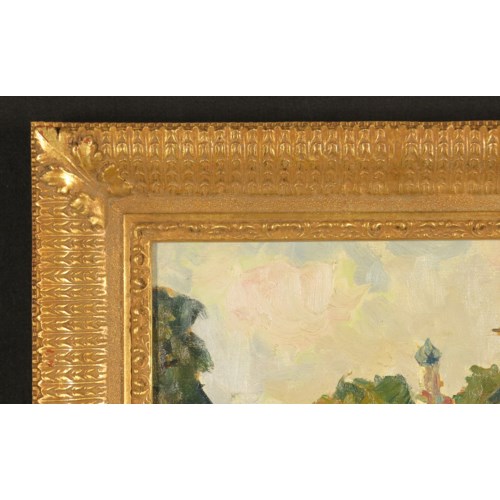 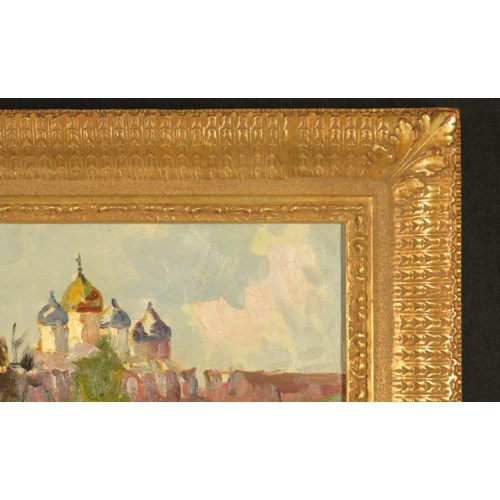 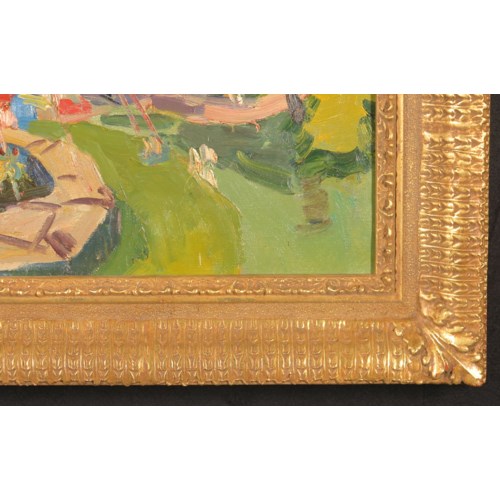 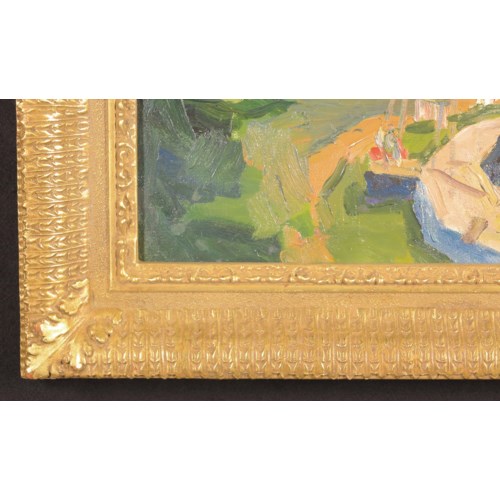 This painting comes from our collection of original Soviet-era oil paintings. The collection is laid out like a timeline through Soviet Russian history, starting when the movement began between the late 1920s and early 1930s. The movement, which has three distinctive styles - Classical, Working Class, and Severe - can be traced back to Vladimir Lenin. The philosophy of the Communist leader was that all art produced should be for the people and should be easy to understand, while at the same time reflecting a social ideology. The artists of the Classical period focused on landscapes, still life, and portraits. Paintings of Russian field workers and factory workers, produced during the Working Class period, illustrate clearly the propaganda these artists were forced to place in these paintings. During the Severe period, the artists began pushing the edges of what was known as acceptable art. The paintings around this time begin to exude color and the paint quality, brush strokes and compositions all begin to change.Vasili Fokovich Filipchenko was born in 1933 in the village Bukharichi, Bryansk region. In 1954, Filipchenko graduated from Dulevskoe Art Technikum/College specializing in drawing on ceramics. After graduating, he lived in Novgorod and worked at a Ceramics factory and then as a painter in the Theatre of Novgorod. In 1973, Filipchenko became a member of the "Art Adviser of Novgorod Association of Artists and a member of the "Art Association of the USSR". Filipchenko took part in many exhibitions, which gave him merit among artist of his time and put him into the top 100 artist within the "Russian Federation".Canvas Size: 26.5" H x 34.5" WThis oil painting comes in the hand-made, closed corner, gilded frame by Richard Tobey in which it is photographed. Signed and dated on the back. Don't miss the opportunity to own one of these masterpieces.