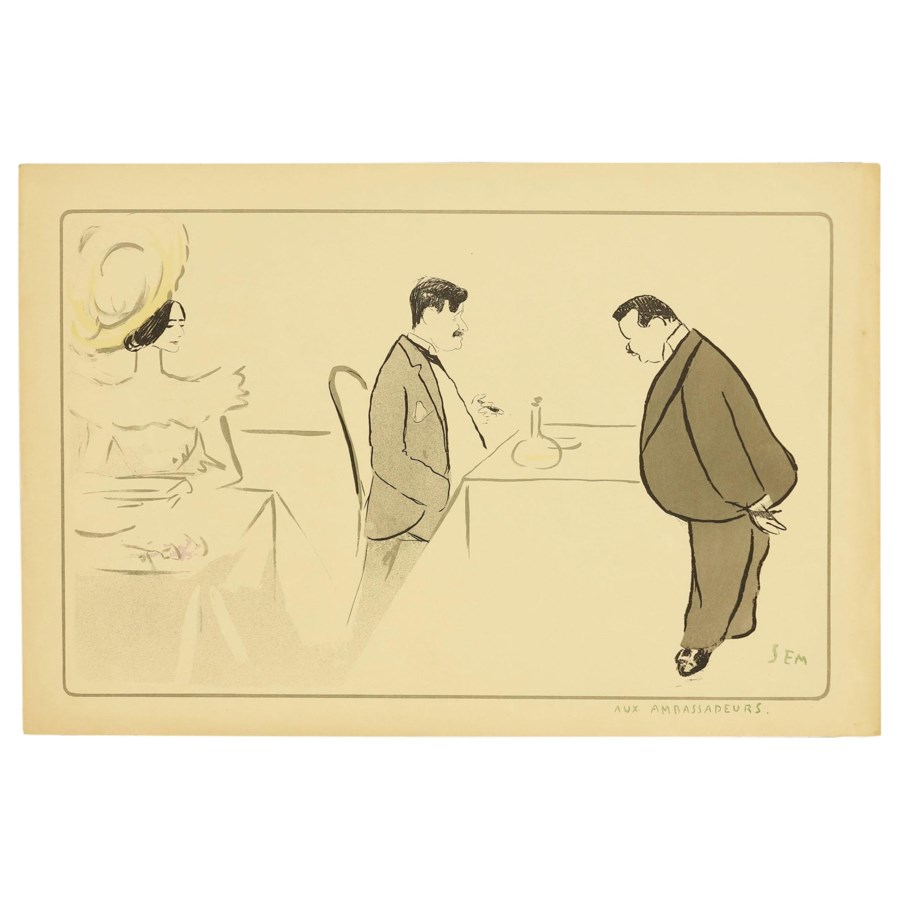 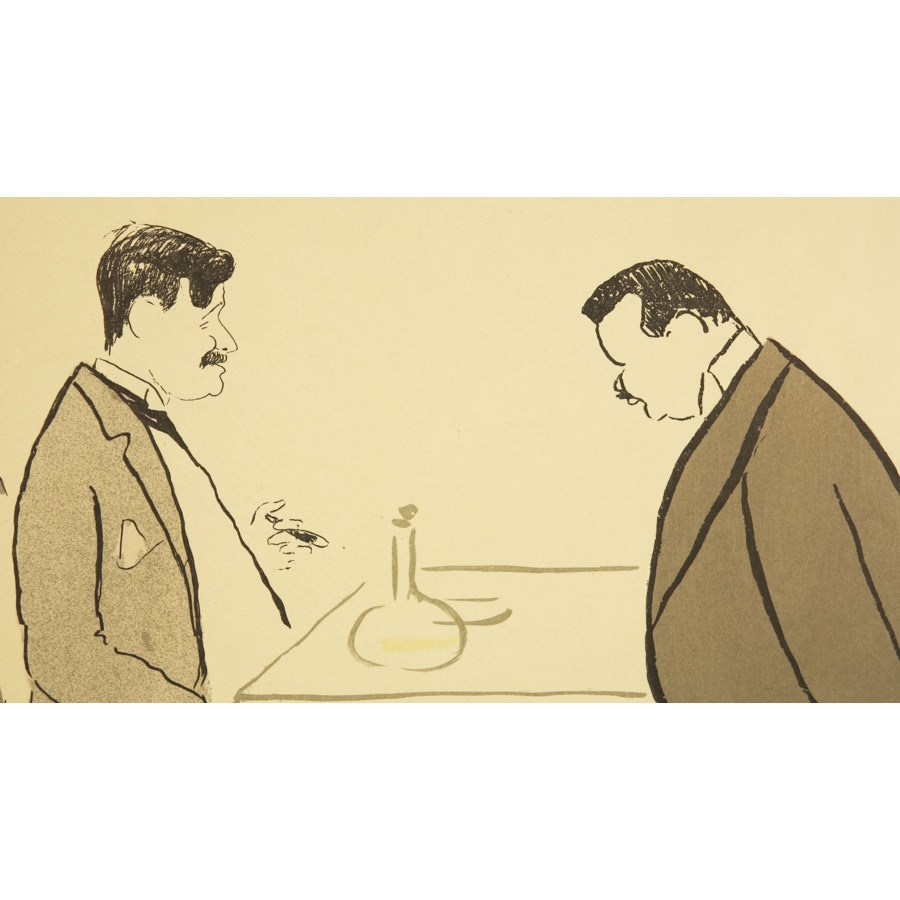 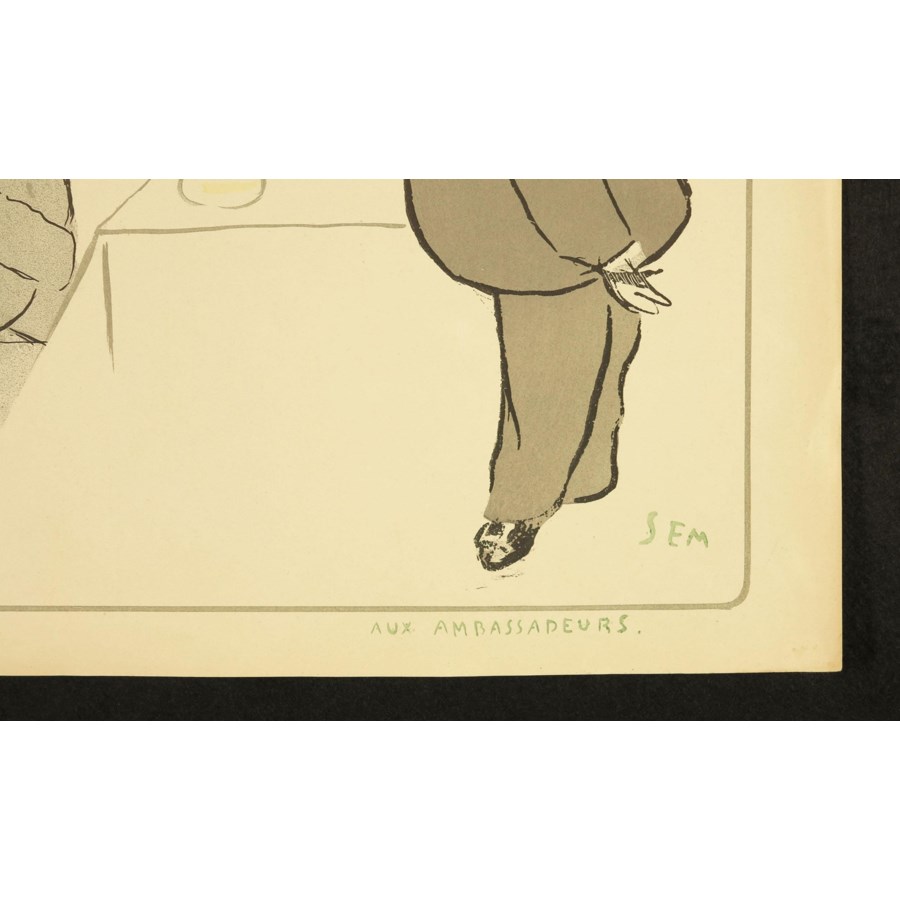 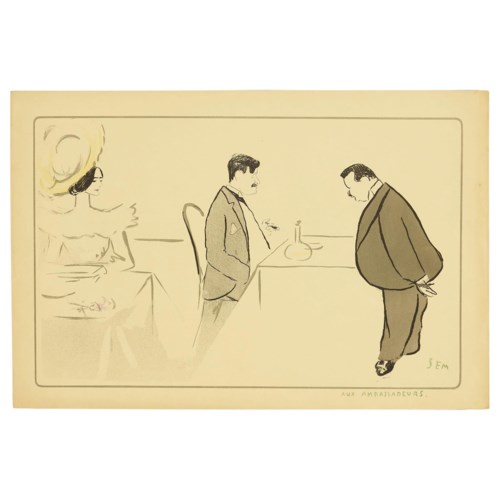 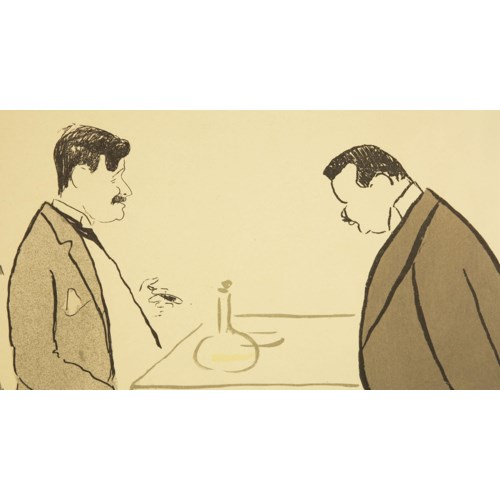 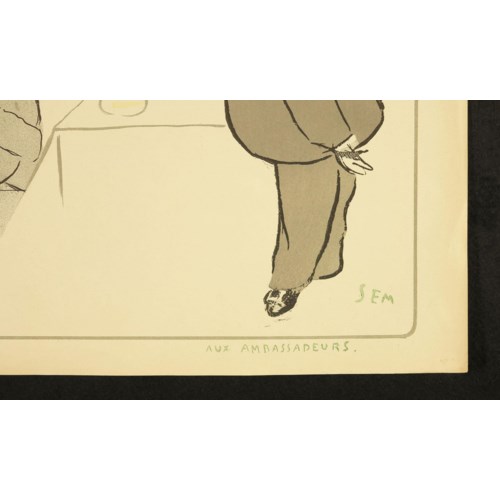 This is an original antique pochoir print by French caricaturist Georges Goursat (also known as "Sem"). In 1888, Goursat self-published three albums of caricatures, signing them "SEM". It is thought that this was in tribute to early 19th century French caricaturist and lithographer Charles Amedee de Noe, who signed his works "CHAM". Goursat supported himself by selling humorous and serious illustrations to the major French periodicals of the day. He put together albums of caricatures depicting high society in Monte Carlo, the Cote d'Azur, and Paris. The printing method Goursat utilized was pochoir. The technique of creating prints by applying color and line with cutout stencils