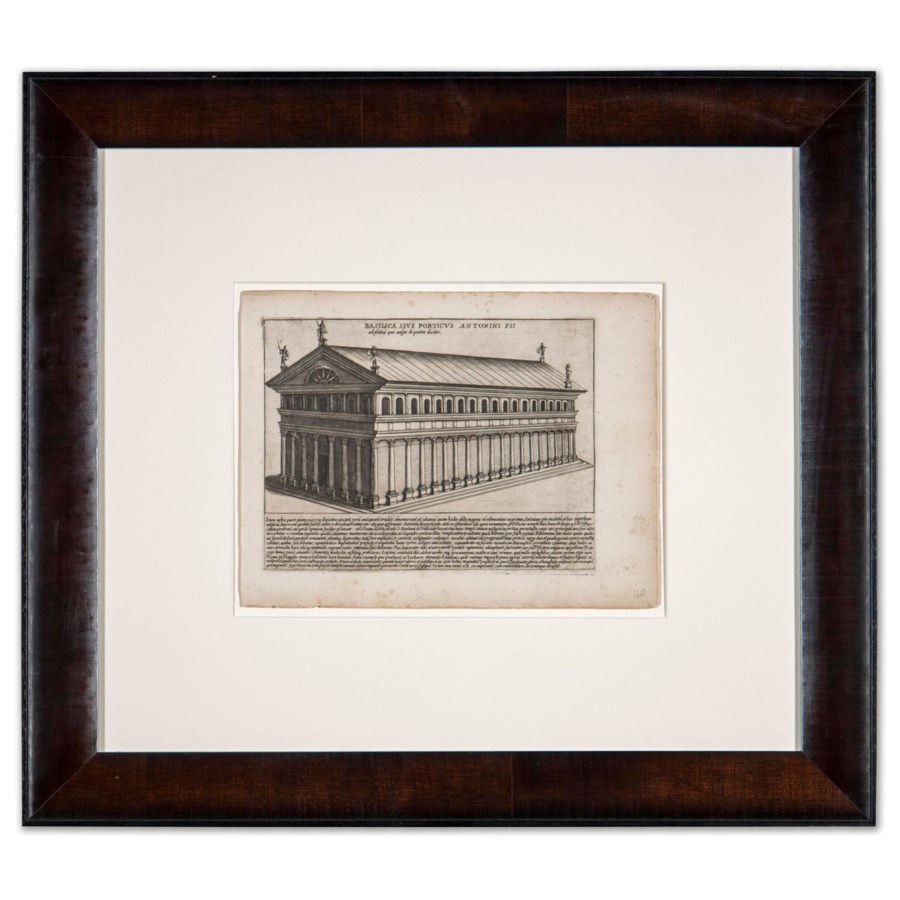 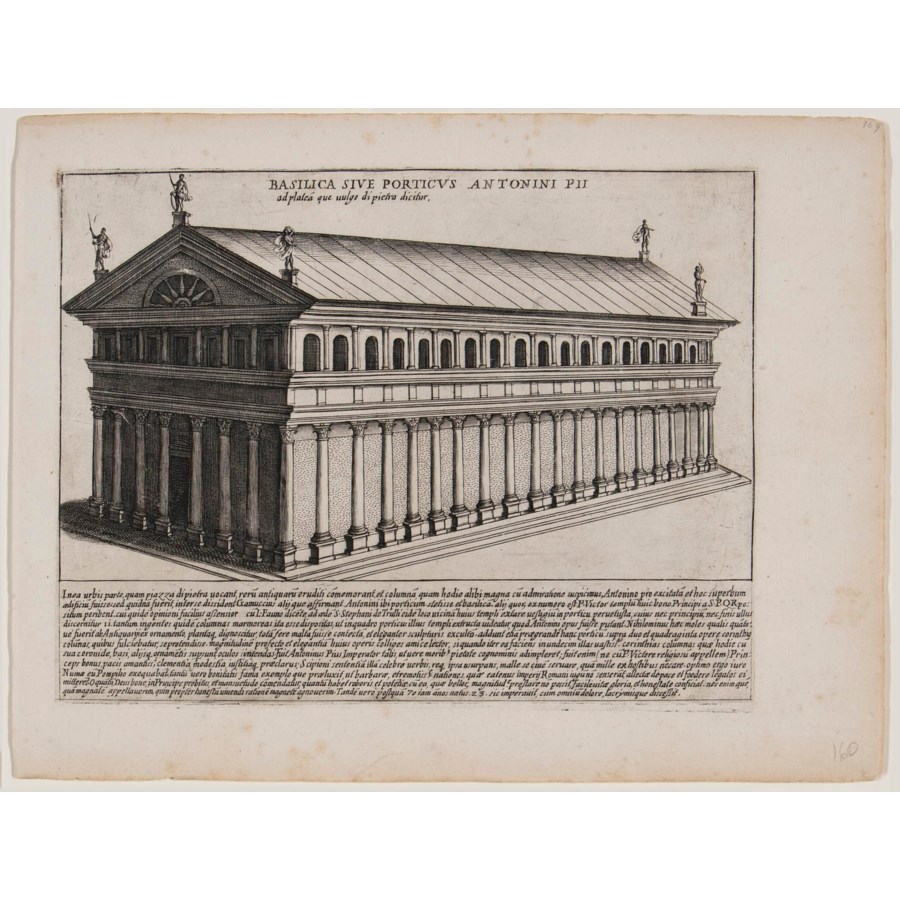 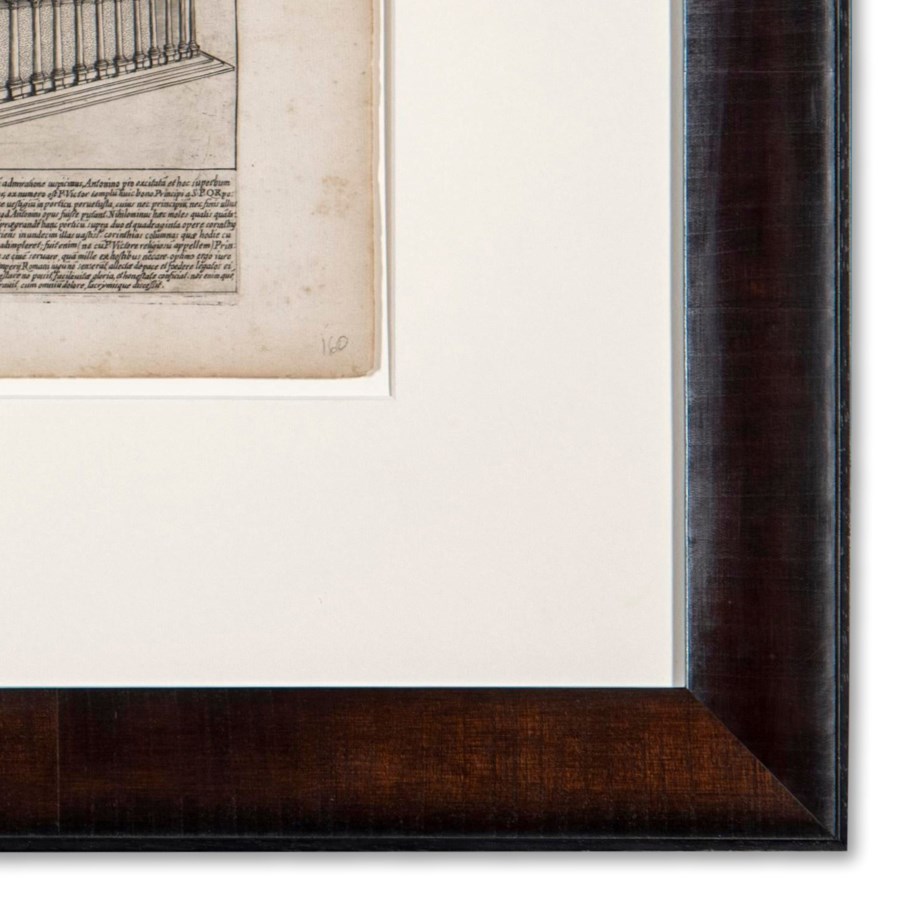 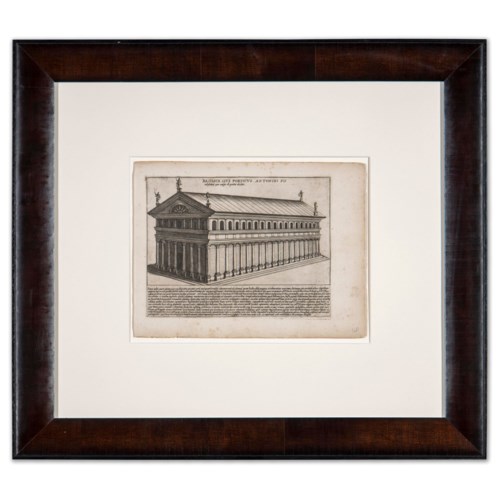 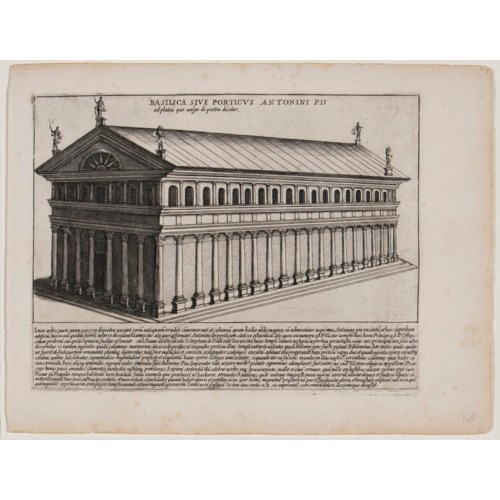 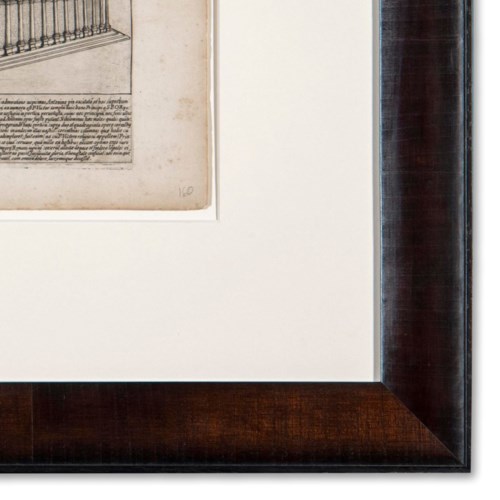 This is an original copper plate engraving by Italian artist Giacomo Lauro from the 17th century. The print comes from the book 'Splendore dell'antica Roma' (Splendor of Ancient Rome). According to author Edward Burton's writing in 1828, the Temple of Antoninus Pius was located on the Piazza de Pietra next to the Pantheon on the Campus Martinus. In 1828 it was used as a custom house. He mentioned that at the time he viewed it, the part still standing was one of the sides of the portico that surrounded the temple and it had 11 columns, but that an earlier observer had counted 42 exterior columns and 18 in the interior supporting the cella. Between the columns was brickwork. The verso of this leaf contains text in three languages with the title in Italian: Basilica D'Antonino Pio.