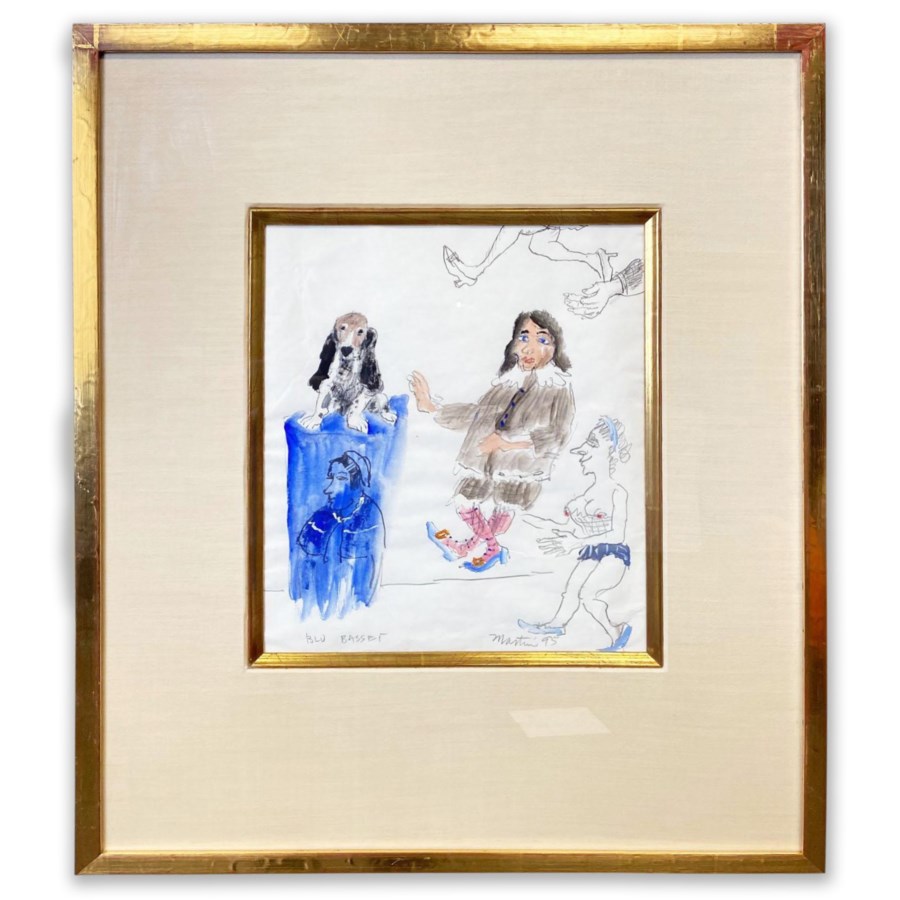 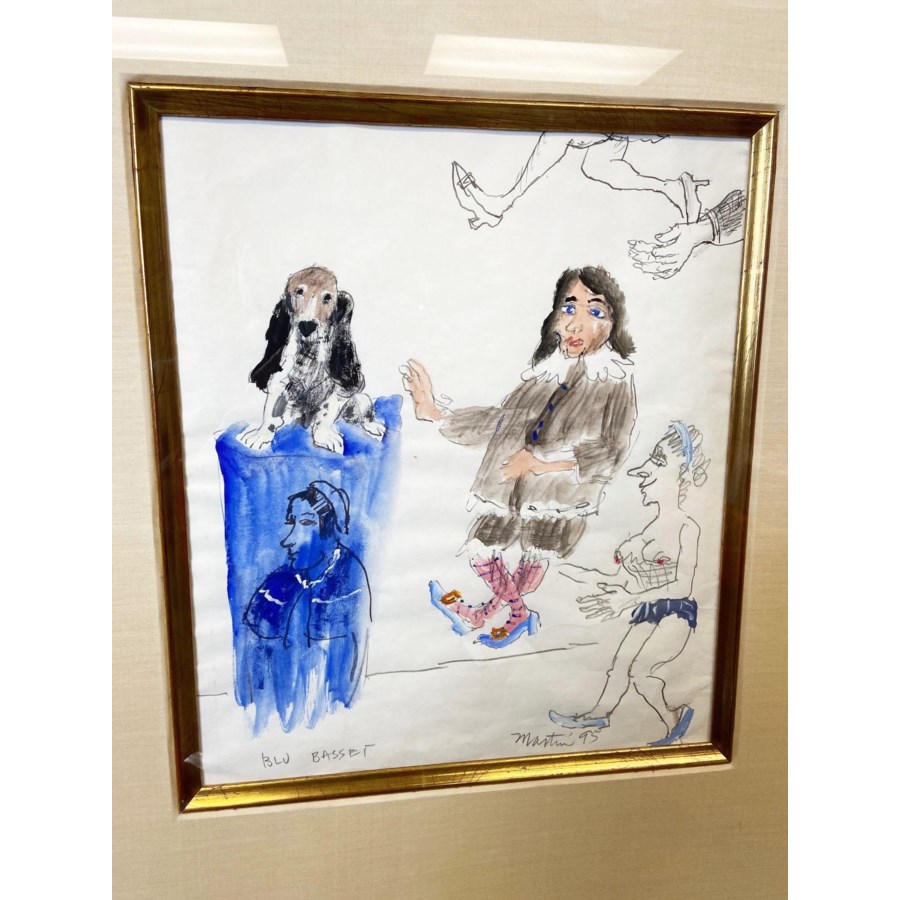 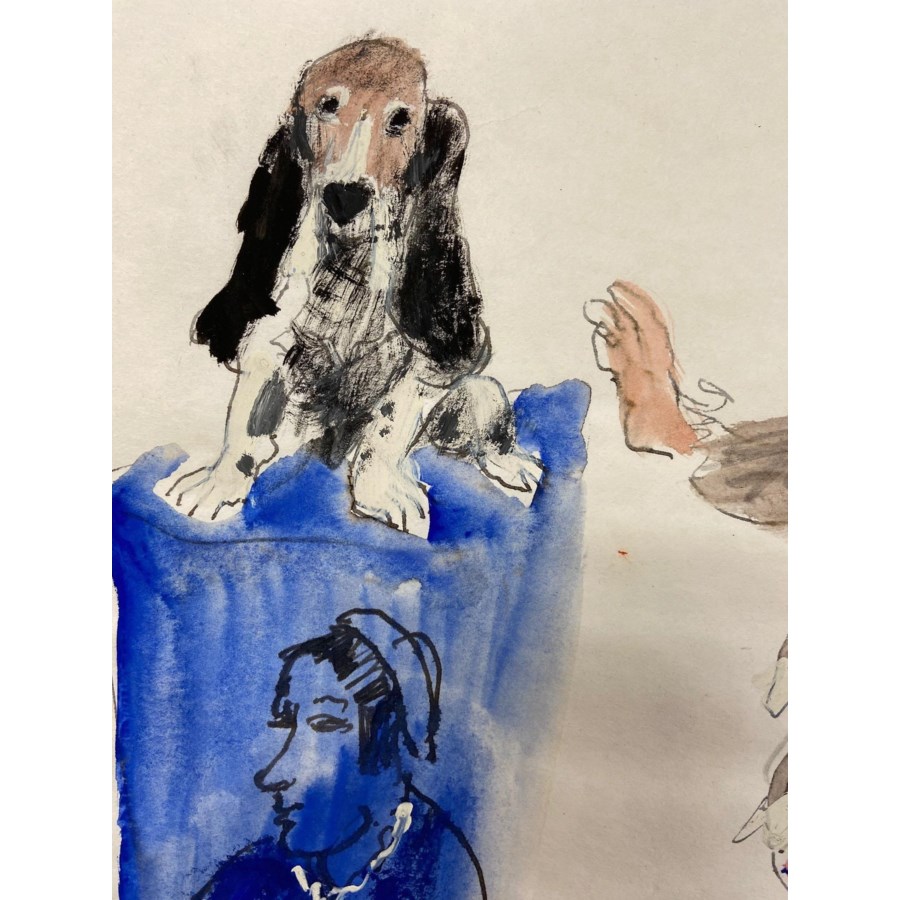 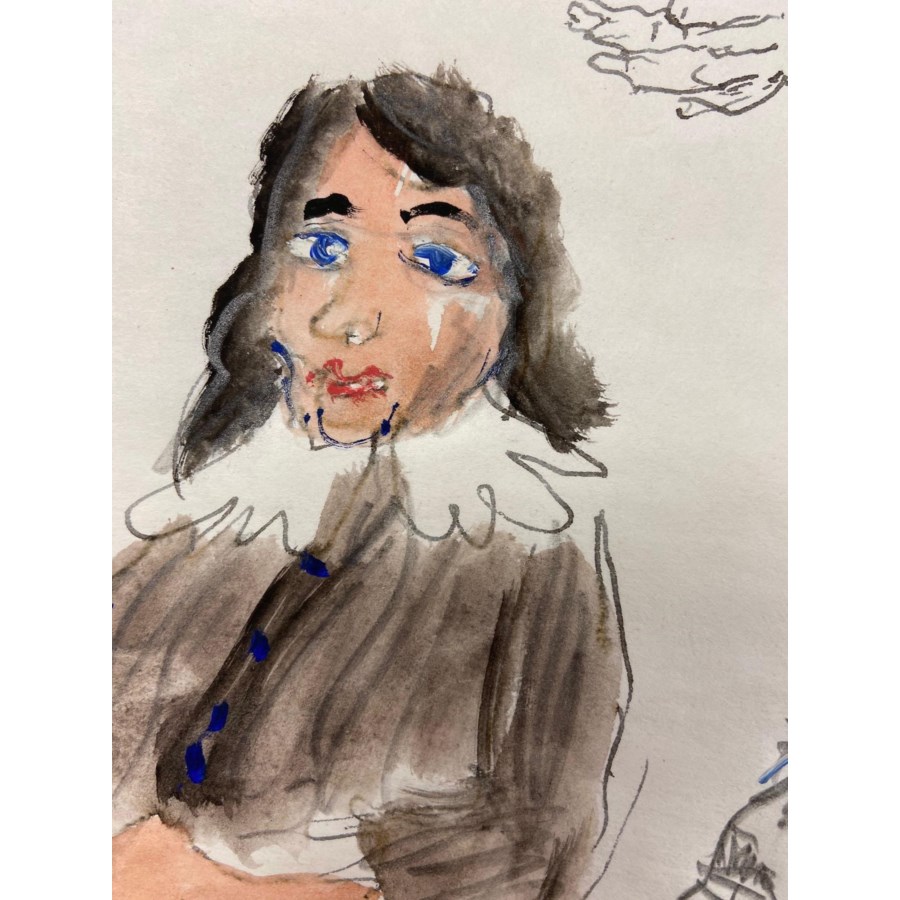 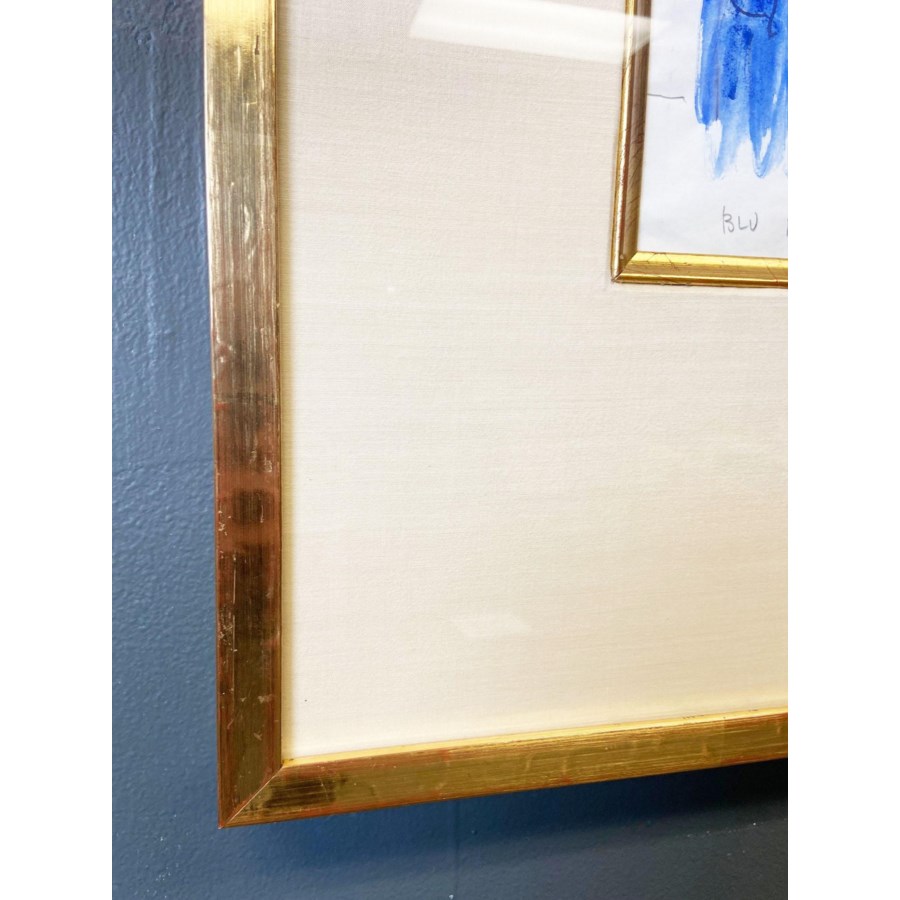 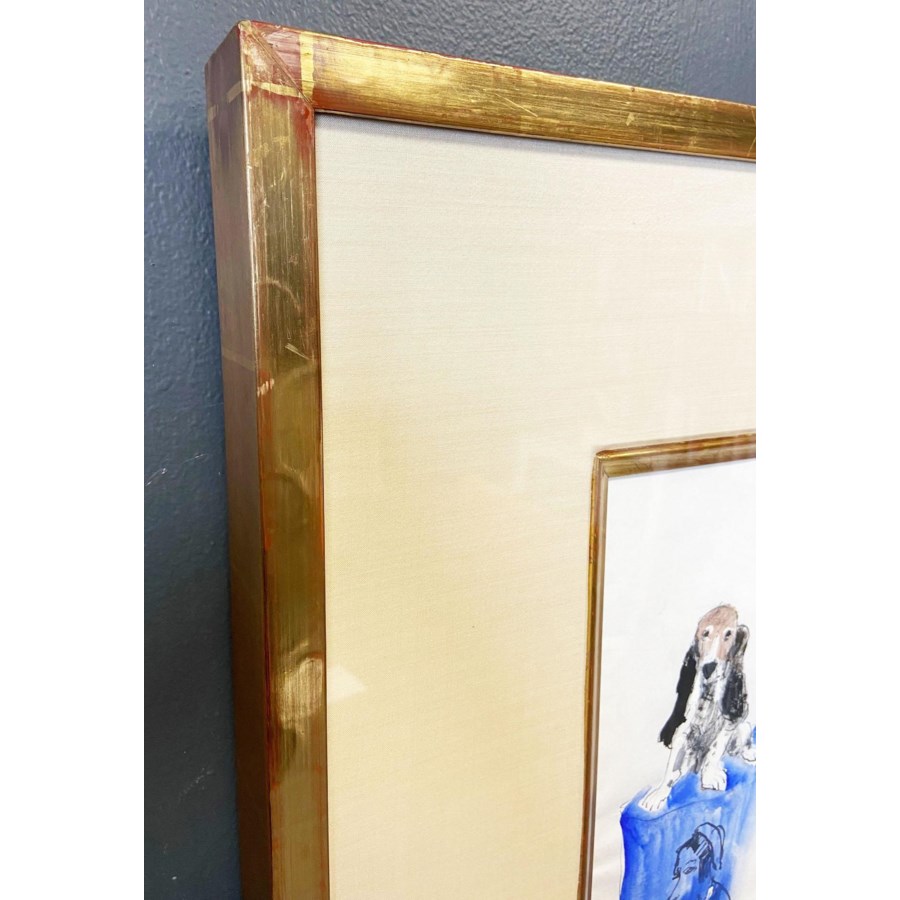 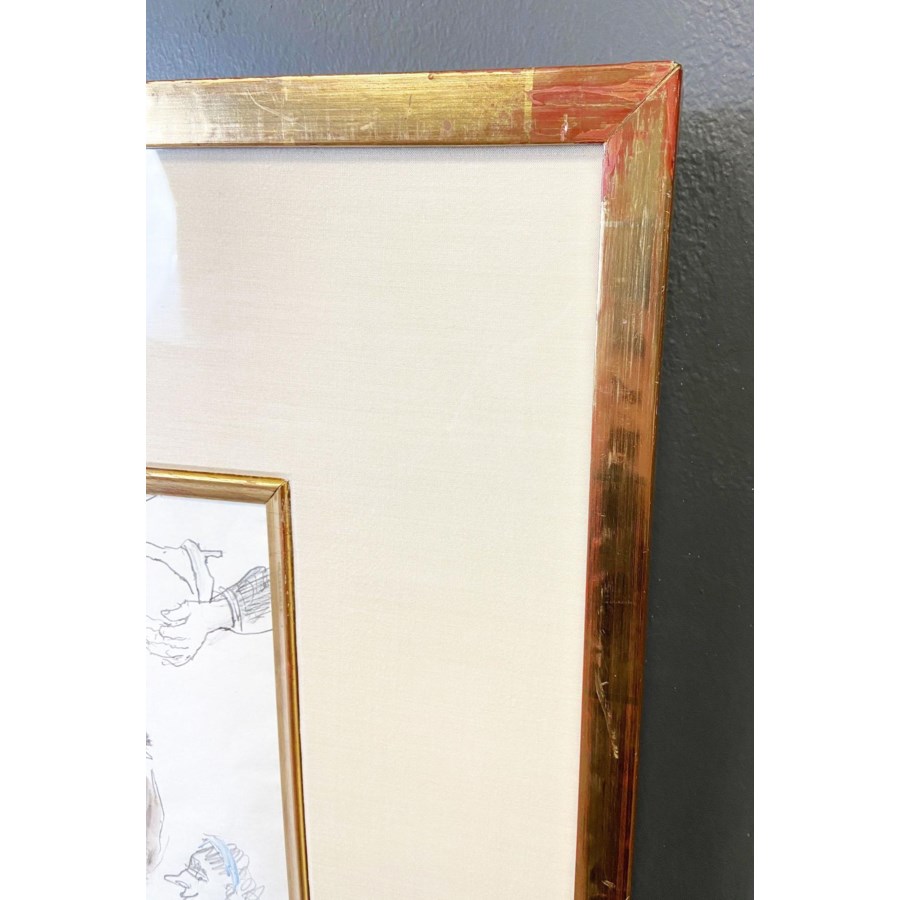 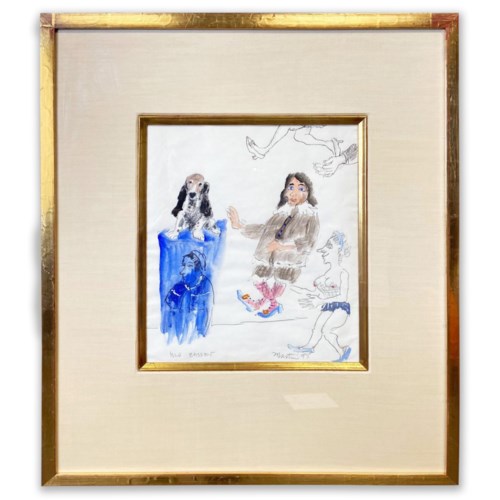 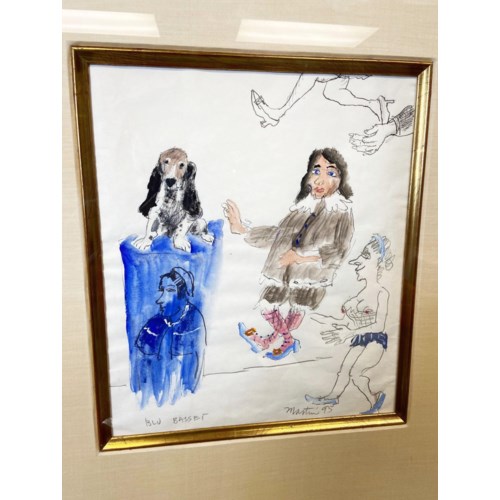 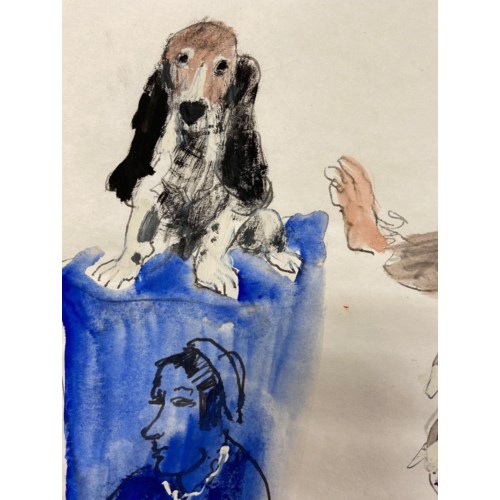 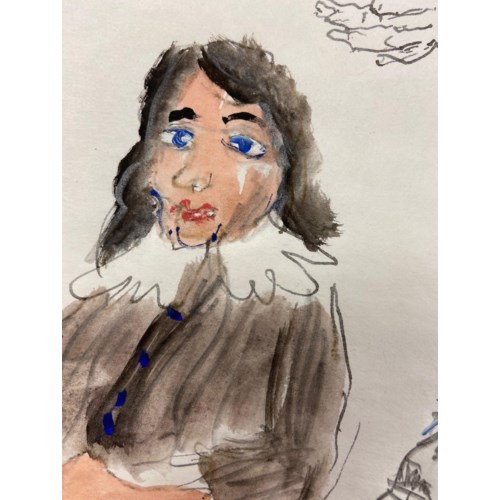 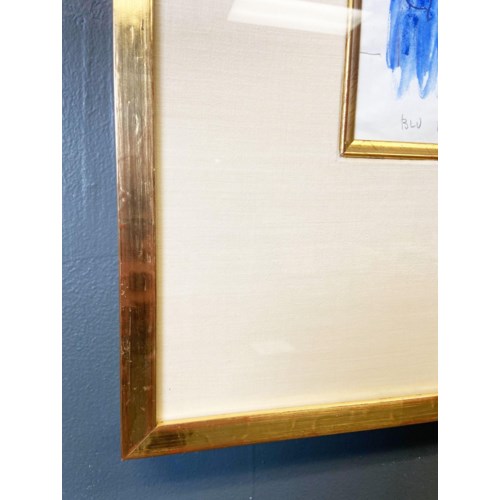 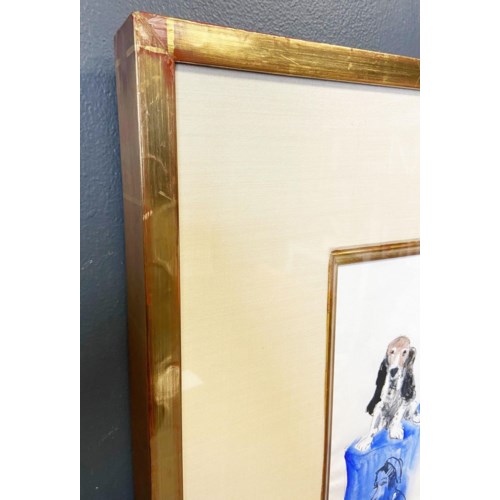 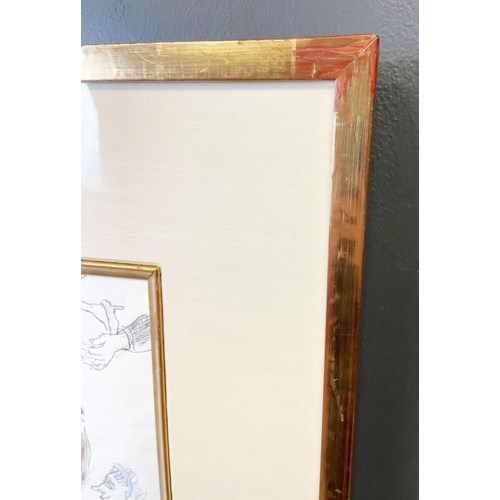 "Blu Basset" by James Martin Gouache on Paper Circa 1995

James Martin was born in Everett, WA in 1929. With a BA in creative writing from the University of Washington, Martin has always been interested in narrative. Since 1955 Martin has maintained a well- loved cast of characters whose escapades have captivated the imaginations of Northwest viewers. William Shakespeare, Andy Warhol, Mona Lisa, Vincent Van Gogh, and the Monkey are all frequent players in Martin's brown paper theater. Martin's swashbuckling approach to imagery was way ahead of its time. Using costumed self-portraiture and outrageous marriages of art-historical images with pop-culture icons, Martin was Post Modern before the term was invented.