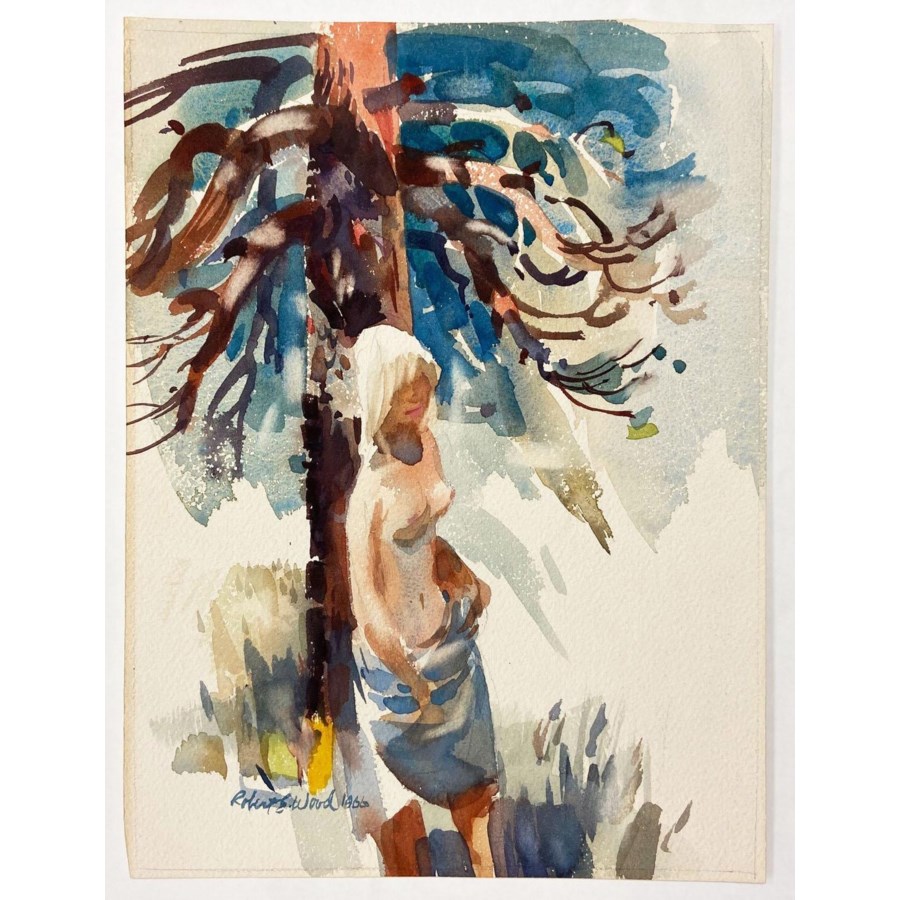 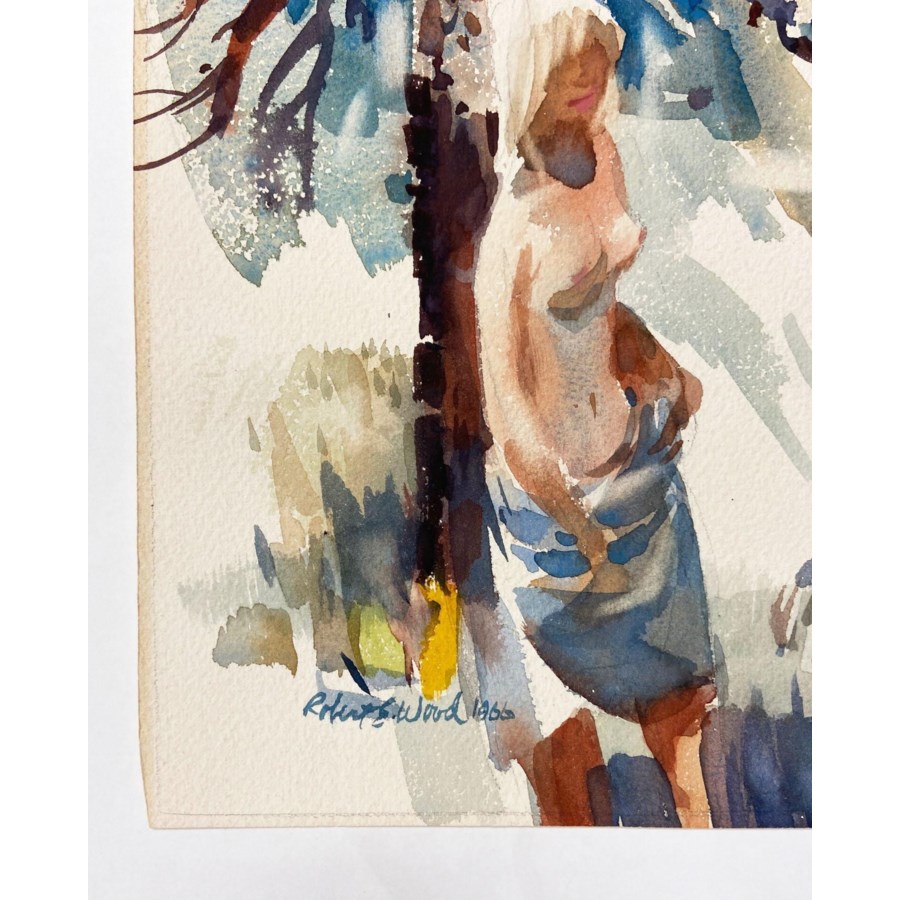 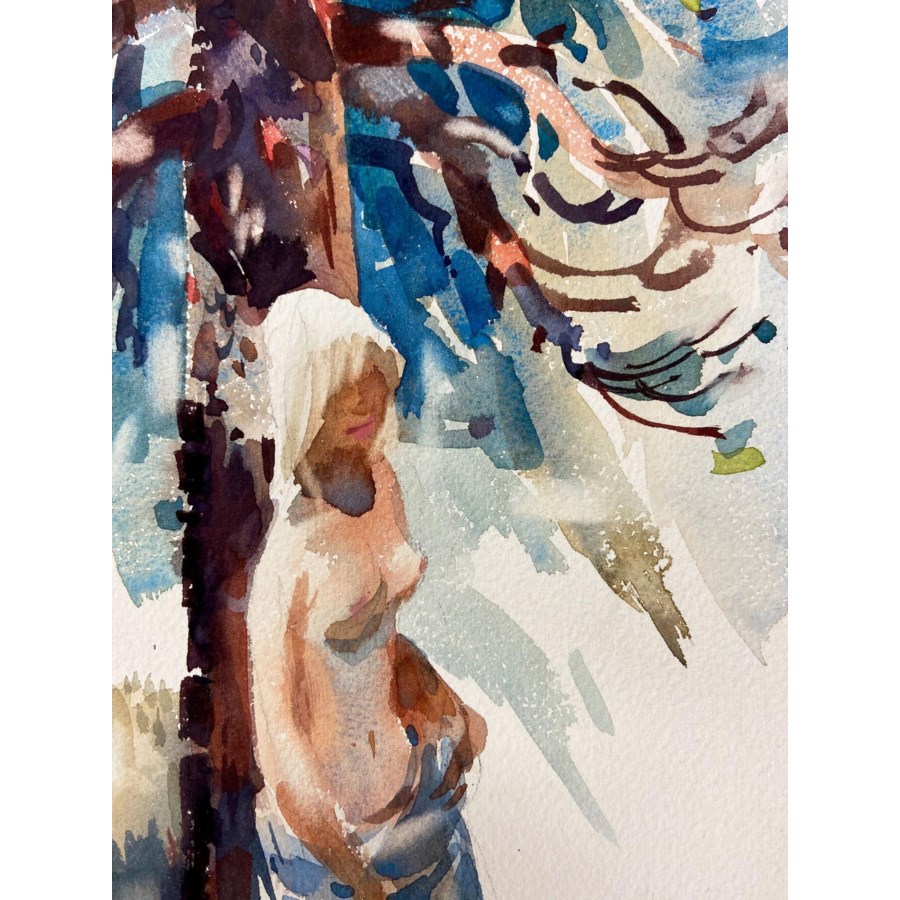 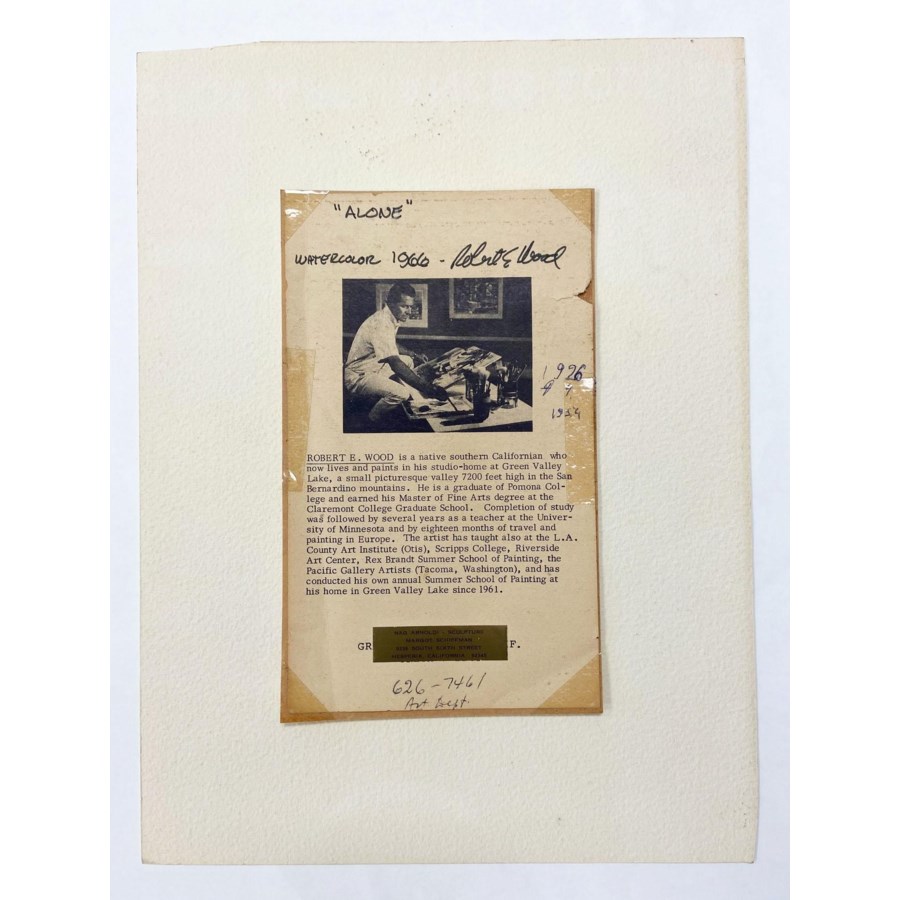 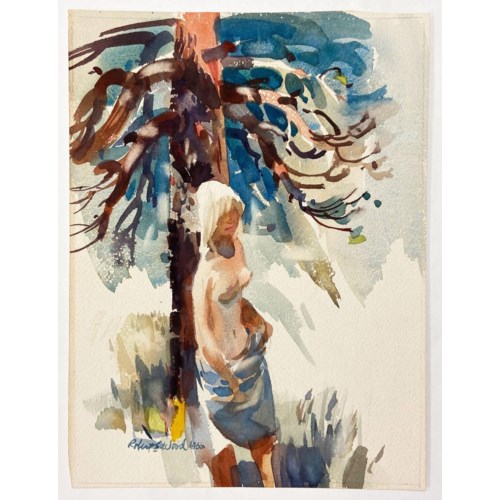 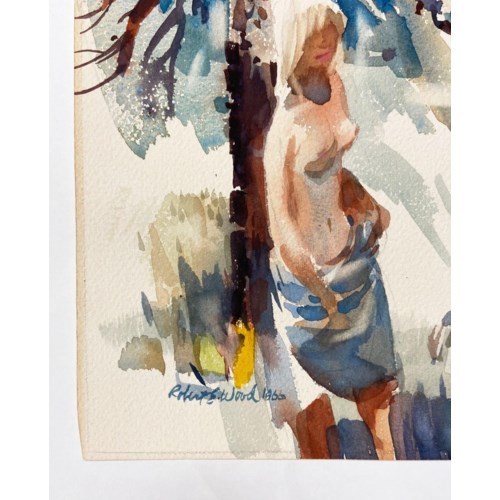 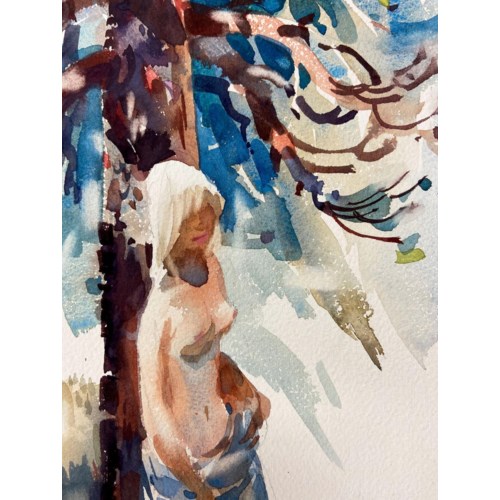 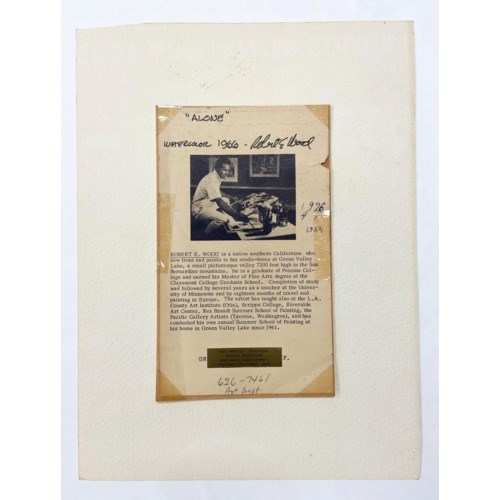 This is an original watercolor by Southern California artist Robert E Wood. This rich, little painting depicts a semi nude woman, walking alone in the woods. A towel wrapped around her bottom half suggests, she is heading toward a body of water to bathe herself. A period correct biography on Wood is included with the painting on the reverse side. Just after the World War II, Robert E. Wood began studying watercolor painting, influenced by Rex Brandt and Phil Dike. By the late 1940s, he was in a graduate program and already exhibiting his work in museum and gallery shows. During this period, his work depicted regional subjects found near Claremont (where he attended college) and harbor subjects near Corona Del Mar and Newport Beach. By the early 1960s, Robert was acknowledged as one of California's premier watercolorists to emerge during the postwar Era. His paintings often balance areas of pure abstraction with stylized, but recognizable subject matter.