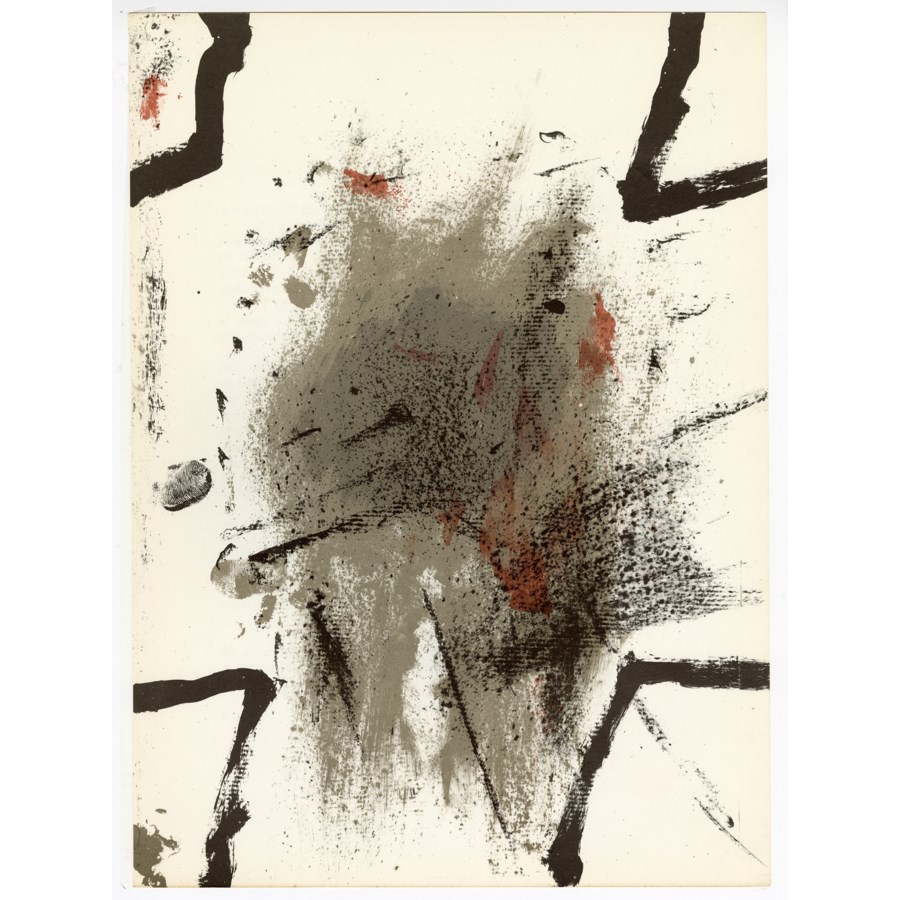 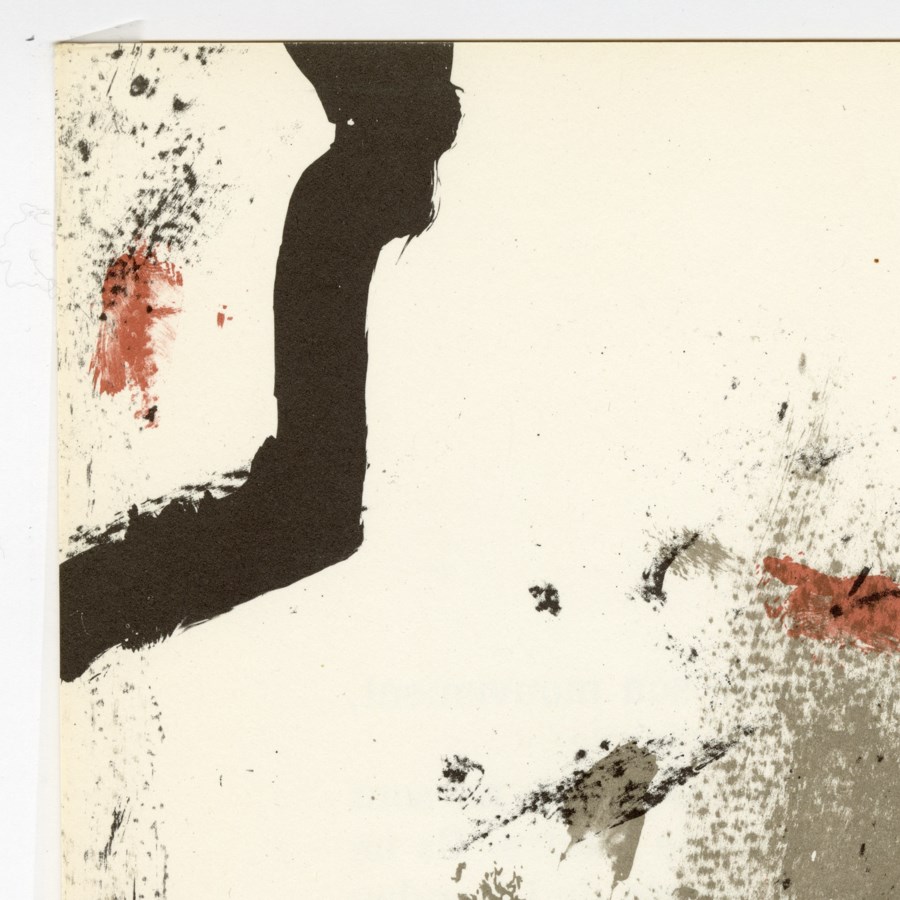 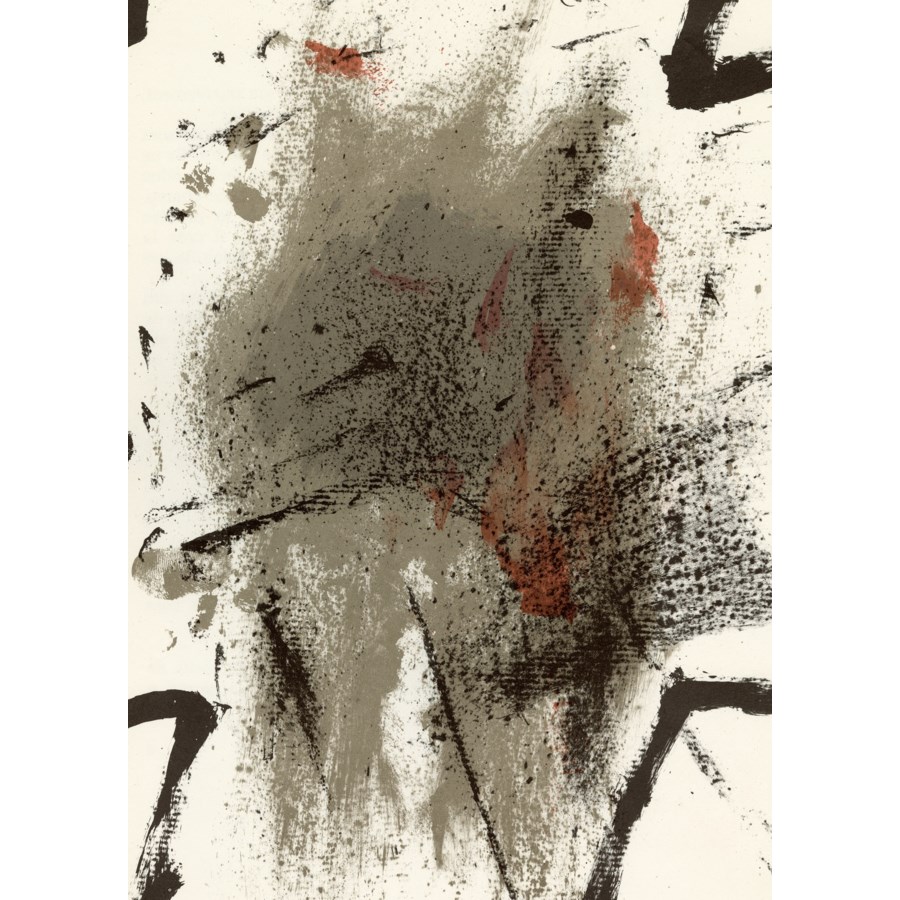 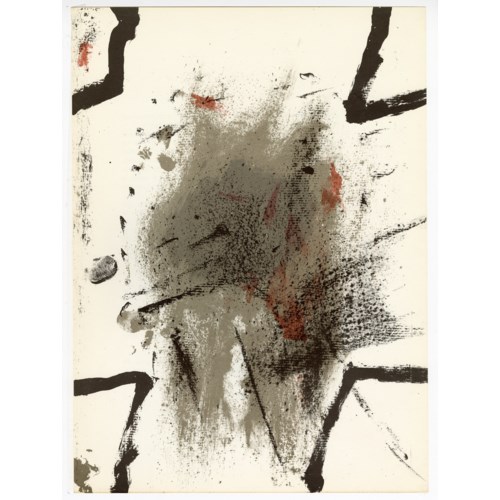 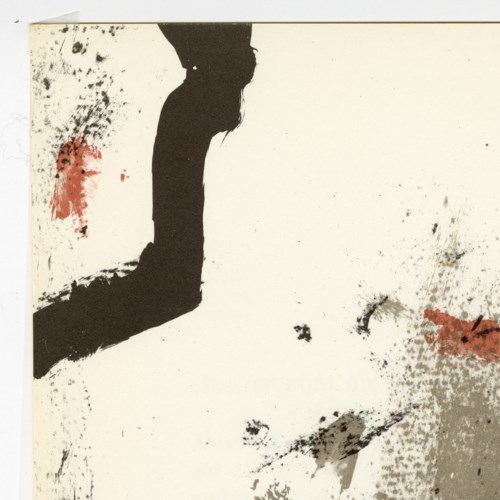 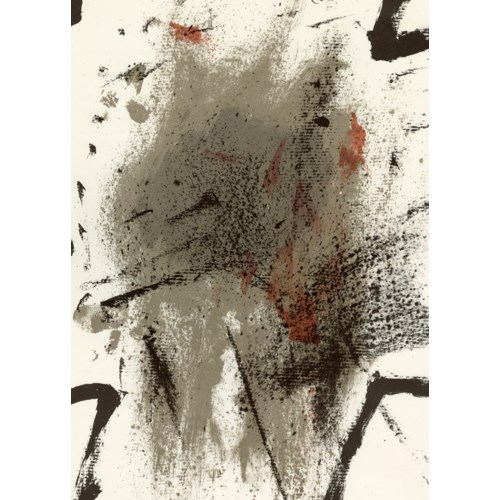 This lithograph comes from the long running French Art Magazine "Derriere le Miroir" published from 1946 until 1982 (253 issues). Published and edited by Aime Maeght, the French art dealer featured artists exhibited in his gallery, including: Joan Miro, Alexander Calder, Henri Matisse, and Vassily Kandinsky. Antoni Tapies was a Spanish painter, sculptor, and art theorist. In 1943, after 3 years of studying law, Tapies devoted himself to painting and experimenting with different materials. He became know as one of Spain's most renowned artists in the second half of the 20th century. His abstract and avant-garde works have been displayed in many major museums all over the world. Text is on the reverse side, as published.