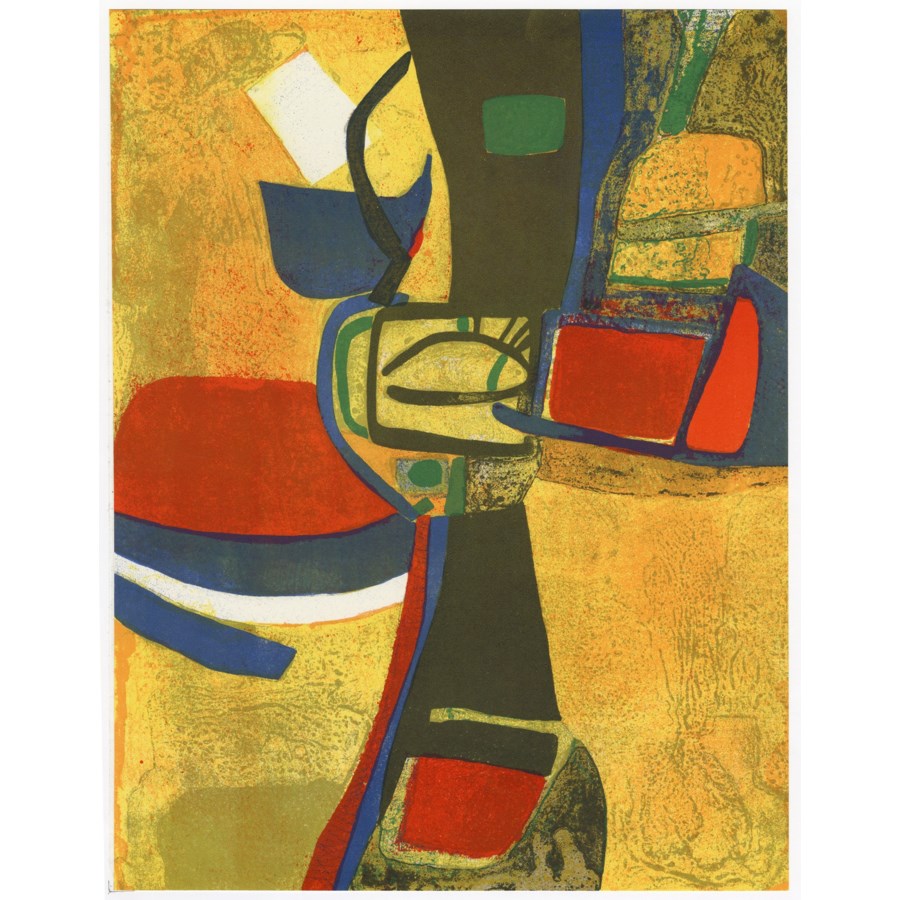 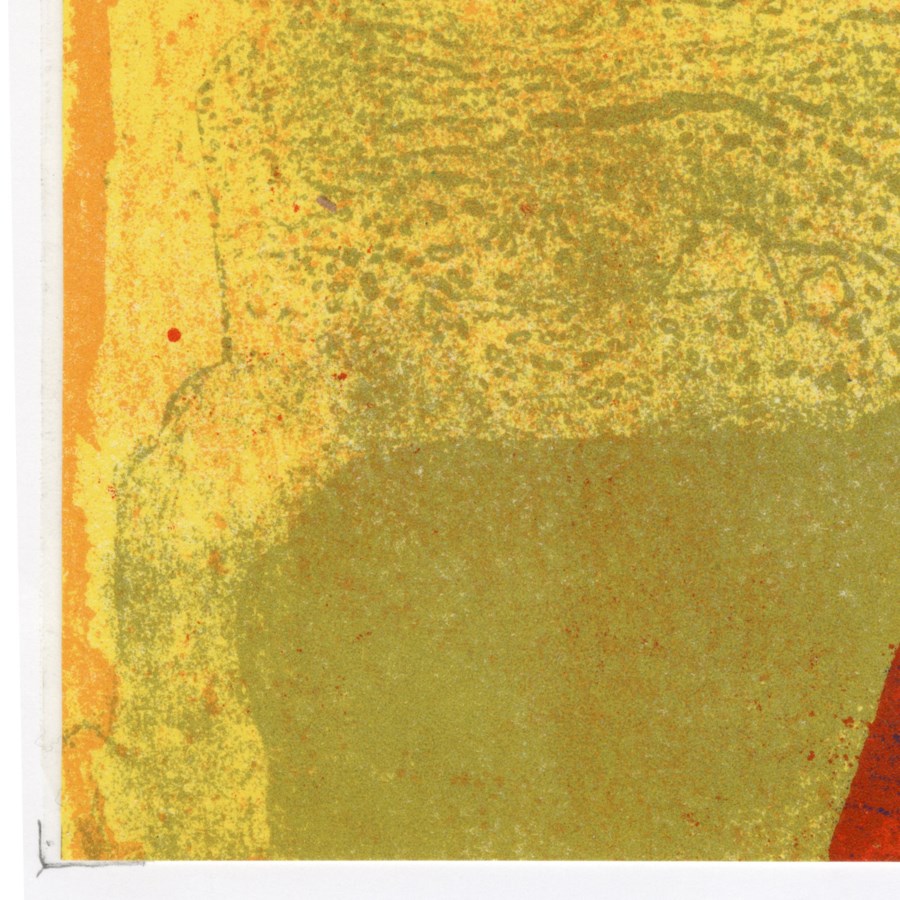 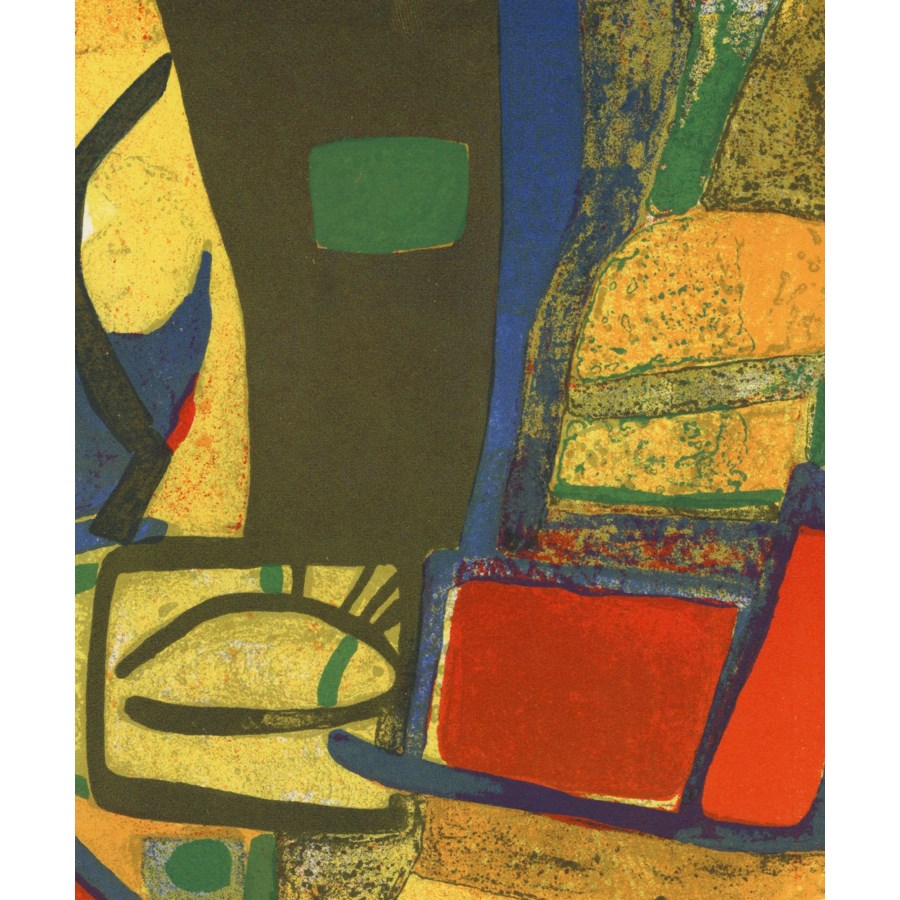 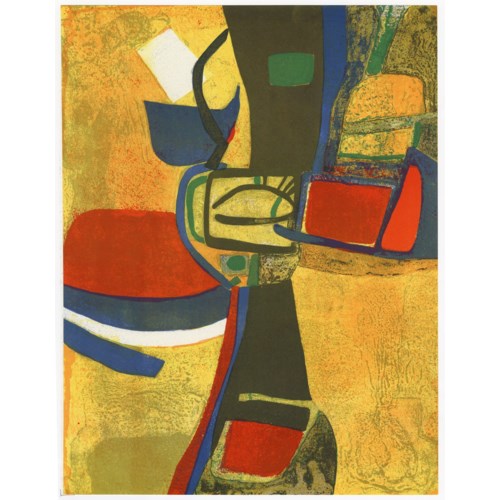 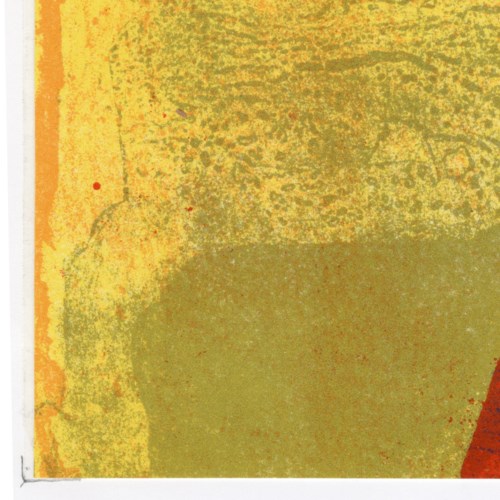 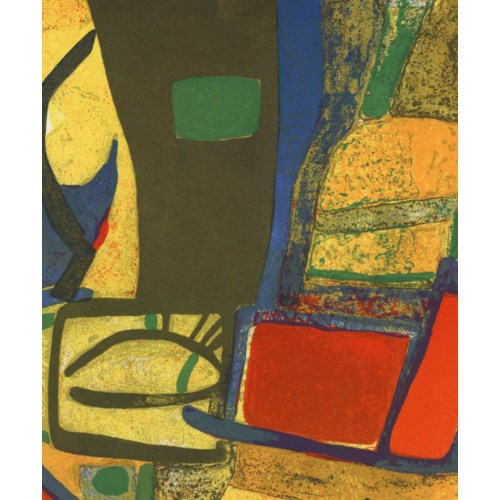 This is an original lithograph by French artist Maurice Esteve produced for the modernist art journal "XXe Siecle" (The 20th Century Review). Maurice Esteve was a French painter known for his lyrical experiments with colorful interwoven forms. Along with his watercolor paintings, Esteve also worked extensively with lithography, textile design, and murals. "XXe Siecle" was first published in 1938 under the direction of Gualtieri di San Lazzaro (Italian art historian, author, and coollector) who sporadically produced the art magazine until his death in 1974 (the review would continue until 1978). The Xxe magazine is regarded as a pivotal moment in the development of a modern sensibility towards art, as well as providing artists with a whole new method of reaching their audience.